With the backdrop of the War of the Roses, the play centers on Richard's seizure of power in 1483, his short reign as king and his violent end on the battlefield searching madly for his horse.

Come to Thornden Park's beautiful Amphitheatre to see this epic villain at his worst.  Richard's misogyny helps to portray him as an absolute dictator, killing everyone in his way whom he perceives as an obstacle, and reinforcing the English concept of a morality play by his ultimate death.

Come see Shakespeare's rarely produced masterpiece up close and personal for free in Thornden Park's Amphitheatre produced by CNY's premiere Shakespeare theatre as closely to the manner in which Shakespeare would have presented it this side of the Globe and the Atlantic.

This is a free event.  You can make a pay-what-you-can donation online here at TicketLeap without a fee OR you can wait until intermission when some of our actors will pass through the audience asking for donations.

OR, you can purchase a premium ticket in advance for $25.  For one low price you get $10 of your favorite food from one of our sponsors, Beer Belly Deli, from Westcott St., a front row lawn chair seat, a color copy of the playbill on your seat, a cold bottle of water and a Gannon's Isle (another one of our sponsors) Ice Cream at intermission.  Quite a bargain for only $25. 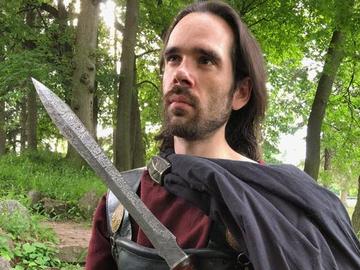