Come join in the fun, FREE, family action as Shakespeare brings back his Falstaff character for a serious comeuppance from the Merry Wives.  This is the 16th seson of the August edition of SSITP's Shakespeare-In-The-Park seen by more than 40,000 people since 2003.

The main story revolves around the clever ways the Merry Wives, Mistress Ford and Mistress Page, bamboozle Falstaff into one trap after another after he tries to bed both the ladies with a lame letter that is transparent and cheesy simultaneously.

The subplot gives us the wooing, courtship, betrothal, marriage and teeth-gnashing of Anne Page as she sifts through her three suitors, one she wants to marry, one preferred by her father and the last preferred by her mother.  Guess who prevails in this one?

Making her directorial debut for SSITP is Kassandra Melendez-Ramirez who has assembled a very strong team of fellow females to steer this ship of comedy while delivering the messages of feminie empowerment where women always get their way just by being smarter than their male adversaries.

Come see the only family-friendly outdoor Shakespeare play in town that gives you a kids area for the 10 and under set to play during the show if and when the hilarious action on stage is not engaging them.  Bring a picnic, a lawn chair or two, a blanket and don't forget to bring those kids with you to expose them to Shakespeare as he meant it to be told!

The concession stand, run for the benefit of the Thornden Park Bulldogs football program will be open during the entire run of the show in case you need to supplement what you bring or are feeling peckish at intermission  Gannon's ice cream is available during intermission at the SSITP table for $3 while supplies last.  Custom made "Game of Thrones" type Jewelry by Rebecca is available as well.

FREE parking on the park road, where legal, or in front of the Beech St. entrance bath house by the pool.

Tickets range from FREE to self declared to donation to premium front row seats for $20 that includes a local restaurant meal up to $10, a lawn chair, acolor copy of the playbill, a bottle of water and Gannon's ice cream.  What a deal!

A donation will be requested at intermission as actors filter through the audience. 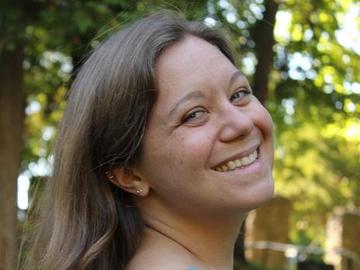 Decisions on cancellation due to inclement weather OR moving to a nearby location with limited seating will be made at the originally scheduled curtain time unless conditions arise during the show.